Christian integration of faith and knowledge is based on the following premises: END_OF_DOCUMENT_TOKEN_TO_BE_REPLACED

60. Moreover, if those who are called philosophers, and especially the Platonists, have said aught that is true and in harmony with our faith, we are not only not to shrink from it, but to claim it for our own use from those who have unlawful possession of it. For, as the Egyptians had not only the idols and heavy burdens which the people of Israel hated and fled from, but also vessels and ornaments of gold and silver, and garments, which the same people when going out of Egypt appropriated to themselves, designing them for a better use, not doing this on their own authority, but by the command of God, the Egyptians themselves, in their ignorance, providing them with things which they themselves were not making a good use of [Exod. 3:21, 22; 12:35, 36]; in the same way all branches of heathen learning have not only false and superstitious fancies and heavy burdens of unnecessary toil, which every one of us, when going out under the leadership of Christ from the fellowship of the heathen, ought to abhor and avoid; but they contain also liberal instruction which is better adapted to the use of the truth, and some most excellent precepts of morality; and some truths in regard even to the worship of the One God are found among them. END_OF_DOCUMENT_TOKEN_TO_BE_REPLACED Religion is instituted by and continues to draw its life from the initial certainties arising from the experiences of its founders and heroes. Consequently, to proceed from the religious side means not so much the seeking after a truth yet undiscovered as the proclaiming of the meaning and importance of a truth already found. Philosophy, on the other hand, is born from wonder and from the quest of reason to find a pattern, a wisdom in things which is still to be disclosed. One side sets out from certainties; the other seeks to arrive at them. Viewed immediately, each side has its own distinctive and dominant character. This character, however, is not exhaustive; each side has within itself, as a kind of recessive element, the distinctive characteristic of the other, a similarity that becomes fully realized only when the two encounter each other; genuine encounter means that each enterprise is forced to a new level of self-consciousness. Religion discovers that its life is not exclusively a matter of certainties which exclude doubt and the rational quest; philosophy discovers that its life is not exclusively a search, because the rational quest itself must be carried out against a background of truths taken for granted and never fully justified in the course of any inquiry. Philosophy, moreover, comes to its own certainties when it comes to express its constructive results. END_OF_DOCUMENT_TOKEN_TO_BE_REPLACED

Bonhoeffer and Nassim Taleb on the Antaeus Myth Nassim Nicholas Taleb begins his book, Skin in the Game with a broadside directed at political and academic elites who implement public policies without considering carefully their ramifications. He highlights the disasters which follow the recent military interventions in Libya and Syria. The unintended consequences of ‘regime … END_OF_DOCUMENT_TOKEN_TO_BE_REPLACED

Bonhoeffer and Nassim Taleb on the Antaeus Myth 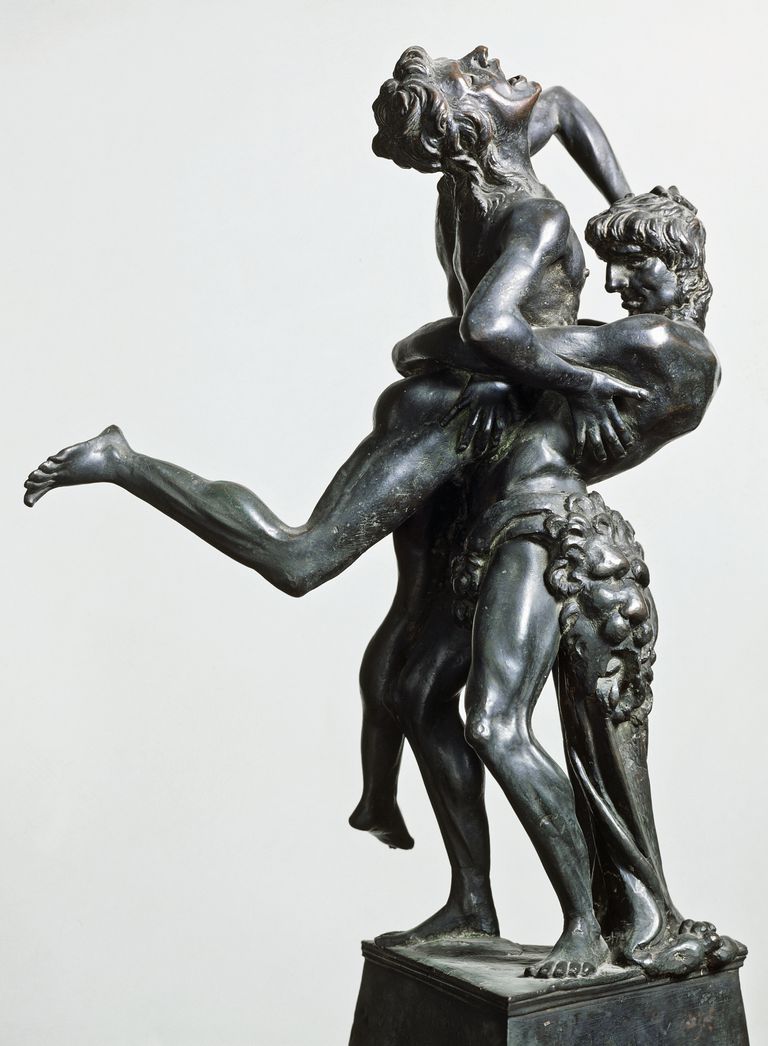 Nassim Nicholas Taleb begins his book, Skin in the Game with a broadside directed at political and academic elites who implement public policies without considering carefully their ramifications. He highlights the disasters which follow the recent military interventions in Libya and Syria. The unintended consequences of ‘regime change’ resulted in thousands of innocent victims being kidnapped, enslaved, incarcerated or blown to smithereens. Nevertheless, the policy makers are not held responsible for the misery of the victims; they continue to enjoy security and comfort in their air-conditioned offices thousands of miles away.

Nassim identifies the root problem. These policy makers do not have “skin in the game.” That is to say, they are not exposed to the painful consequences of their idiotic policies. END_OF_DOCUMENT_TOKEN_TO_BE_REPLACED

The controversy arising from Zakir Naik’s visit to Malaysia reminds Christians that it is crucial to uphold the inerrancy of the Bible. First, it is well known that Zakir Naik and other Islamic dakwa-gandists unceasingly attack the Bible as a corrupt text. They further assert that the Bible cannot be the Word of God in … END_OF_DOCUMENT_TOKEN_TO_BE_REPLACED

The controversy arising from Zakir Naik’s visit to Malaysia reminds Christians that it is crucial to uphold the inerrancy of the Bible. First, it is well known that Zakir Naik and other Islamic dakwa-gandists unceasingly attack the Bible as a corrupt text. They further assert that the Bible cannot be the Word of God in the light of the alleged errors and contradictions found in it. It is self-defeating and futile for a Christian to try to witness to Muslim critics like Zakir Naik if he agrees that the Bible is corrupt.

Second, critics like Zakir Naik do not respect Christians who simply appeal to authority. They expect Christians to give a rational defence of the truth claims of the Bible. Naturally, they hold Christianity in derision when Christians concede that the Bible contains errors. Furthermore, it comes across that Christians are irreverent when they suggest that God does not always speak the truth. Such irreverence will not impress Muslims who are well known for their reverence for God. The only authority that Christians may rely on is the authority of the truth of the Bible. J.I. Packer explains, “Biblical veracity and biblical authority are bound up together. Only truth can have final authority to determine belief and behavior, and Scripture cannot have such authority further than it is true.” [J.I. Packer, Truth and Power (Eagle 1996), p119.] END_OF_DOCUMENT_TOKEN_TO_BE_REPLACED

Believing Christian scholars are accused of being closed minded as they fail to take seriously critical scholars, which is a euphemism for scholars who don’t believe in the divine inspiration of the Bible. For these critical scholars, believing scholarship is an oxymoron. But, why should believers subject themselves to the judgment of unbelievers? Apparently, the … END_OF_DOCUMENT_TOKEN_TO_BE_REPLACED

BULLSHIT, LIES & errors The internet promises the rebirth of the Republic of Letters (circa 18th century) which comprises critically minded people from diverse linguistic, religious and national backgrounds who are bonded by open inquiry and the common quest for truth. But the sad reality is that the anonymity allowed in internet discussion platforms provides … END_OF_DOCUMENT_TOKEN_TO_BE_REPLACED

The internet promises the rebirth of the Republic of Letters (circa 18th century) which comprises critically minded people from diverse linguistic, religious and national backgrounds who are bonded by open inquiry and the common quest for truth. But the sad reality is that the anonymity allowed in internet discussion platforms provides a perfect cover for some intellectual juveniles seeking to misrepresent and abuse truth and thereby derail conversations that would otherwise lead to discovery of common truth. Indeed, in place of truth we find ample evidence of errors, lies and even bullshit all over the internet. END_OF_DOCUMENT_TOKEN_TO_BE_REPLACED

We must address the challenge of the cultured despisers of Christianity if Christian witness is to gain credibility:
– Secure a thorough understanding of the modern world.
– Identify crucial issues that must be addressed if we are to follow J. H. Bavinck mission strategy to annex culture, to take every thought captive in Christ.
– Re-conceptualize the framework for Christian reflection and set priorities for theological education. All too often activism replaces serious theological reflection when we act under the tyranny of the urgent. But in the absence of a distinct intellectual framework and with our inability to ferret out and critique the presuppositions of dominant thought patterns of the world, we end up merely responding to the agenda set by non-Christian elites and eventually conform to the spirit of the age.
– Ensure that theology is both grounded in Biblical tradition and critically correlated with contextual realities. This demands a fresh look at theological education and how we train Christian thinkers and pastors.

I. INTELLECTUAL WITNESS TO WIDER SOCIETY
Adolf Harnack observed that the early church gained ascendancy because they not only out-loved their competitors; they also out-thought their critics. The early Christians reveled in the intellectual truth and lucidity of Christian revelation. They were able to rejoice in the order and diversity of nature and social life which they saw as a witness to the greatness of the Creator. They extolled the boundless goodness of God who endow humans with reason, freedom and the promise of immortality. Christianity was commended as enhancement and not an encumbrance to reason and understanding. In short, Christianity was commended as the true philosophy. END_OF_DOCUMENT_TOKEN_TO_BE_REPLACED

Not too long ago, I listened to a friend of mine speak enthusiastically about some food supplements which he was convinced would clear the toxins that ravage the bodies of polluted city dwellers like us. Knowing that he had some medical problems, I tried to be sensitive to his anxieties and refrained from making any comment that might undermine his hopes to have his health restored.

Being Tough-Minded in an Age of Credulity

Asking troubling questions can irritate friends. More seriously, speaking the truth can lead us to challenge intolerant authorities. Unless we have moral courage we end up hedging our positions and lapse into fuzzy thinking. Taking responsibility and acting with integrity are indispensable conditions for tough-mindedness. END_OF_DOCUMENT_TOKEN_TO_BE_REPLACED