Christian integration of faith and knowledge is based on the following premises: END_OF_DOCUMENT_TOKEN_TO_BE_REPLACED The ’elleh toledot formula is one of the distinguishing characteristics of the Book of Genesis. In each of its other ten occurrences, it introduces what follows, invariably in close connection with the name of a person already mentioned in the narrative. Its use indicates that a new and significant development is at hand. Deriving from the verb y-l-d, “to give birth,” the noun form would mean “begettings” or “generations,” and in most instances it precedes genealogies that are sometimes interspersed with narrative material. In 25:19 and 37:2, where no family tree follows but only stories of subsequent events, the formula is used figuratively for “a record of events.” This is the meaning it bears in the present passage. In this sense, the entire verse may be understood as a unity referring to what follows. Further support for this interpretation lies in its parallel structure, not to mention its poetic chiasm, “heaven and earth,” “earth and heaven.” [Nahum Sarna, Genesis (Jewish Publication Society, 1989), pp. 16-17] END_OF_DOCUMENT_TOKEN_TO_BE_REPLACED Part 2. The Egyptian Origins and the Levitical Transmission of the Historical Traditions of the Book of Genesis.

Introduction
Duane Garrett makes a startling pronouncement at the beginning of his book, Rethinking Genesis, “The time has long passed for scholars of every theological persuasion to recognize that the Graf-Wellhausen theory, as a starting point for continued research, is dead. The Documentary Hypothesis and the arguments that support it have been effectively demolished by scholars from many different theological perspectives and areas of expertise.” [Duane Garrett, Rethinking Genesis (Grace Focus Pub, 2000), p. 11]

Nevertheless, the Documentary Hypothesis [DH] remains a major operating framework in Pentateuchal studies among critical scholars, even though its methodology has been shown to be based on flawed linguistics (Umberto Cassuto). Its reconstruction of the literary sources has also been shown to rely on arbitrary literary criteria and circular arguments (Oswald T. Allis and Gleason Archer). Finally, Egyptologists like Kenneth Kitchen have exposed the weakness of its historical foundations as new archaeological evidence shows that the historical milieu of the Pentateuch is more likely to be that of the milieu of Palestine in early second millennium BC rather than that of the milieu of Babylonian exile in the 5 th century BC. The DH is like a splendid academic castle floating magically in air since its foundations have been demolished even though its proponents continue to abide in it simply because they cannot agree on what new structure should replace it. END_OF_DOCUMENT_TOKEN_TO_BE_REPLACED

The Documentary Hypothesis (DH) posits that the Pentateuch is a compilation of four originally independent sources which Old Testament critics designate as J (Jahwist), E (Elohist), P (Priestly) and D (Deuteronomic). Julius Wellhausen, one of the chief architects of the DH suggested the following dates for the documents: J c. 850 BC, E c.750 BC, D c. 622 BC and P c. 500 BC. He further surmised that the documents were merged together by Jewish scribes during the Babylonian exile, so that the final redaction of the current Pentateuch was completed in the time of Ezra during the fifth century BC. However, critics of the DH have identified intractable problems which undermine the theory. As such, not many Old Testament scholars today overtly promote the DH. However, in the absence of an alternative critical theory, the DH remains the operating framework for many Old Testament critics today.

Two wide-ranging implications arise from the DH. First, if the Pentateuch assumed its conclusive redaction during the Babylonian period, that is, six centuries after Moses, then it cannot be relied on as reliable historical source of the Patriarchal period. Second, based on the DH, critics argue that the composition of Genesis 1-11 was influenced by Babylonian myths. Conversely, the purported influence of Babylonian myths in Genesis is forwarded as evidence of the DH.

Part 1 seeks to demonstrate that the theory of Babylonian mythological influence on Genesis 1-11 rests of precarious foundations and thereby questions one of the assumptions of the DH that the book of Genesis (and the Pentateuch) was essentially shaped in a Babylonian context. 2. The New Testament writers clearly regard the author of Isaiah I and Isaiah II to be one and the same. Many of the New Testament quotations could be interpreted as referring to the book merely according to its traditional title, but there are other references which clearly imply the personality of the historic Isaiah himself. END_OF_DOCUMENT_TOKEN_TO_BE_REPLACED

The Authorship of Isaiah: A Straight-Forward Biblical Defence
by Dr. Leong Tien Fock, (PhD in Semitic Languages and Literatures)

Assessment of current scholarship, both critical and conservative

According to An Introduction to the Old Testament, an “evangelical” book that is slightly “liberal,” by Tremper Longman III and Raymond B. Dillard (2006: 309-10):

In many respects, contemporary critical opinion about Isaiah has recovered from the excesses that characterized scholarship in the late eighteenth and early nineteenth centuries. The consensus among critical scholars has moved in the direction of acknowledging much of what was dear to conservatives: that Isaiah is not the result of a haphazard accident and internally contradictory, but rather the book as a whole shows a unity of themes and motifs. The tenor of much of the debate has shifted from focus on dissecting the text to recover sources and settings to efforts to expound the coherence and unity of the text as it exists. Arguments from conservatives for unity of authorship based on common themes and vocabulary have now in large part been taken over and pressed into service as arguments for a redactional unity in the book [italics added].

To be sure, critical and conservative opinion remain divided on the issue of authorship. Although there is a growing consensus about the overall unity of Isaiah, for critical scholarship it is a unity forged through a history of redaction rather than a unity that derives from a single individual author. END_OF_DOCUMENT_TOKEN_TO_BE_REPLACED

One of the criticisms that ‘progressive’ Christians level at orthodox Christians is that they are anti-intellectual since they oppose the idea of applying insights drawn from critical theory and social sciences to interpret the Bible. This criticism is surely unfounded. For orthodox Christians, “All truth is God’s truth,” and the scholar of the Book should … END_OF_DOCUMENT_TOKEN_TO_BE_REPLACED 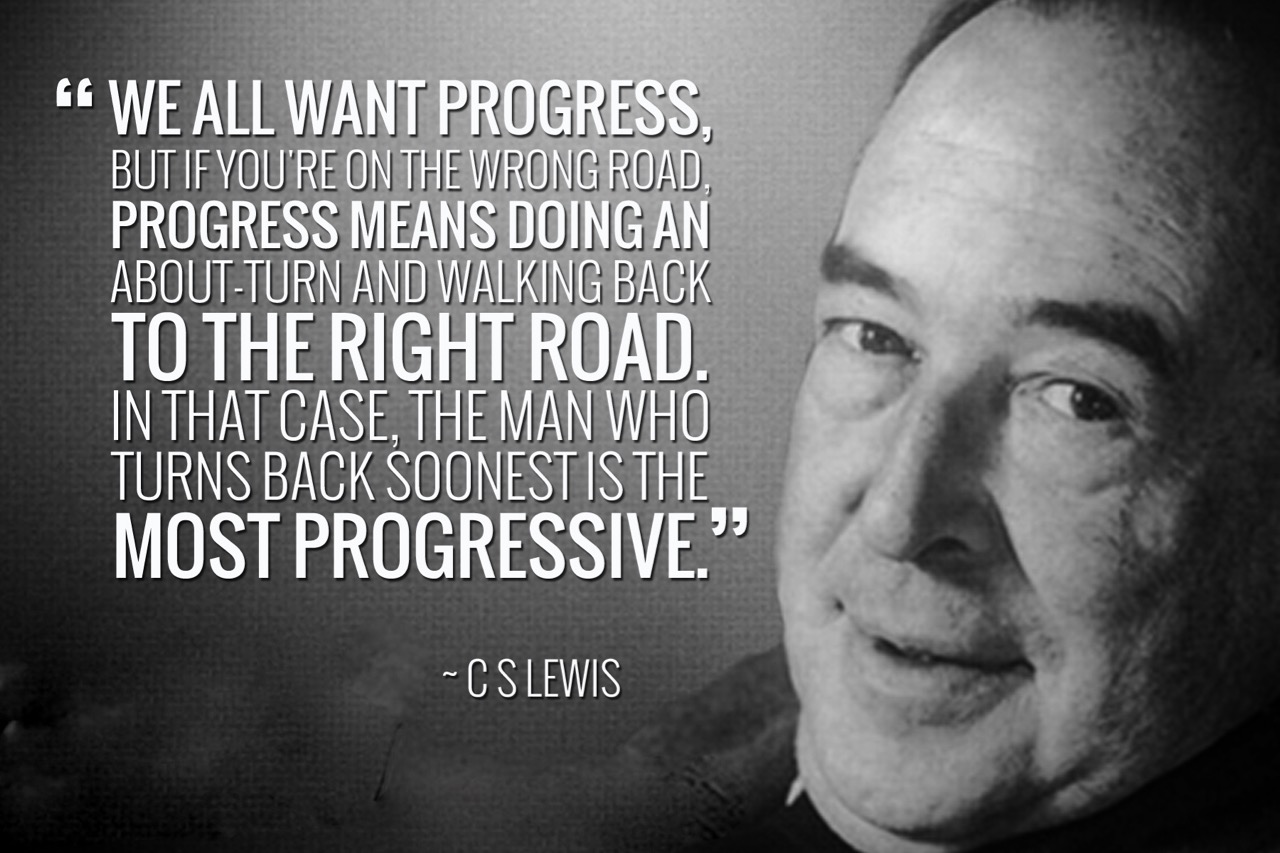 One of the criticisms that ‘progressive’ Christians level at orthodox Christians is that they are anti-intellectual since they oppose the idea of applying insights drawn from critical theory and social sciences to interpret the Bible. This criticism is surely unfounded. For orthodox Christians, “All truth is God’s truth,” and the scholar of the Book should also be a scholar of many other books. As such, they would welcome any interdisciplinary exercise that seeks to enrich our understanding of Bible on its own terms. However,  orthodox Christians who engage in interdisciplinary studies should be clear about their presuppositions and priorities so as to avoid compromising their faith inadvertently.

First, the Bible as the infallible word of God should function as the background controlling belief in the integration of faith and contemporary knowledge like critical theory and social sciences. END_OF_DOCUMENT_TOKEN_TO_BE_REPLACED

Three professors – a biblical scholar, a systematic theologian and a philosopher were in the same coach as the train was passing by a meadow. Biblical scholar: Look at the great variety of grass and plants! – Just penta-species to start with: Andropogon Gerardii, Bouteloua Gracilis,Erechtites hieracifolia, Vernonia Cinerea, Helictotrichon Pratense, etc. You must carefully … END_OF_DOCUMENT_TOKEN_TO_BE_REPLACED 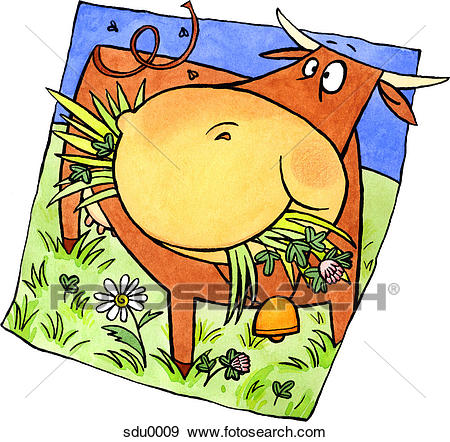 Three professors – a biblical scholar, a systematic theologian and a philosopher were in the same coach as the train was passing by a meadow.

Biblical scholar: Look at the great variety of grass and plants! – Just penta-species to start with: Andropogon Gerardii, Bouteloua Gracilis,Erechtites hieracifolia, Vernonia Cinerea, Helictotrichon Pratense, etc. You must carefully identify the multiple grass sources. What milk you get is what grass the cow eats.

Systematic theologian: Hey! Are you sure this is milk? Is it kosher-halal?

Philosopher: I don’t know what cow, grass and milk you guys are talking about.

NKW: I don’t know what grass I smoked to come up with this lame stuff.

Evangelical scholars seeking acceptance by the secular academia must demonstrate that their scholarship is “objective’ and “up to date.” This would require them to submit journal articles that are replete with copious footnotes which refer to a wide spectrum of ancient texts and archaeological sources, and comply with the critical presuppositions and methodology that are prevailing within the secular academia.

Credit may be given to evangelical biblical scholars who have taken up the challenge to match the terms and conditions set by the secular academia. They are unlike their theological cousins belonging to the “Old School of Medievalists and Puritans” who remain recalcitrant in purveying ancient superstitions as they continue to spout outdated scholarship learned from dusty tomes of ancient writers whom they reverently referred to the ‘Church Fathers’ or the ‘Scholastics’. It is irksome as these academic wannabees fail to separate their confessional faith and rigid tradition from objective, historical scholarship. May His Infernal Majesty reserve the hottest fire for these theological fools and fanatics for their academic fraudulence! END_OF_DOCUMENT_TOKEN_TO_BE_REPLACED

An adequate understanding of Scripture is attained only when exegesis of the biblical text (assisted by believing historical criticism) is unified with theological interpretation of Scripture. How then do we overcome the unfortunate dichotomy between exegesis (assisted by believing historical criticism) with theological interpretation of Scripture (TIS)? Perhaps the most succinct proposal is given by … END_OF_DOCUMENT_TOKEN_TO_BE_REPLACED

Perhaps the most succinct proposal is given by Kevin Vanhoozer in his “TEN THESES OF THE THEOLOGICAL INTERPRETATION OF SCRIPTURE.”

A preliminary definition of theological interpretation of Scripture is given by D. Christopher Sprinks as “those readings of biblical texts that consciously seek to do justice to the perceived theological nature of the texts and embrace the influence of theology (corporate and personal; past and present) upon the interpreter’s enquiry, context, and method.”