Excerpts from the interview, Craig’s Quest for the Historical Adam: A Response from John Oswalt (Part 2) END_OF_DOCUMENT_TOKEN_TO_BE_REPLACED This post should not be construed as an attempt to cast doubts on William Lane Craig’s (WLC) commitment to evangelical orthodoxy or to minimize his immense contribution to the intellectual defence of Christian faith. It only seeks to demonstrate how the tension between WLC’s apologetic impulse and theological formulation of doctrine may cause confusion for his readers, based on an analysis of his recent article published in First Things, “The Historical Adam.”

On the one hand, WLC’s categorization of the Genesis 1-11 as “mytho-history” raises questions about the existence of the historical Adam:

1) Regarding the book of Genesis
– “The primaeval history of Genesis 1–11, including the stories of Adam and Eve, functions as Israel’s foundational myth, laying the basis of Israel’s worldview…Rather, the claim is that the primaeval narratives belong to the genre of myth principally on the basis of their sharing common mythic themes and their effort to anchor present realities in the deep past.”

“In terms of genre, Genesis 1–11 has key characteristics of myth…On the basis of comparative studies of Sumerian literature, the eminent Assyriologist Thorkild Jacobsen proposed that we recognize a unique genre of literature, which he dubbed “mytho-history…If Genesis 1–11 functions as mytho-history, then these chapters need not be read literally. The accounts of the origin and Fall of man are clearly metaphorical or figurative in nature, featuring as they do an anthropomorphic deity incompatible with the transcendent God of the creation account…Then there is the infamous snake in the Garden.” /1/

“Since the Pentateuchal author [is the use of the singular evidence of WLC’s evangelical commitment?] has an interest in history, he intends for his narrative to be at some level historical, to concern people who actually lived and events that really occurred. But those persons and events have been clothed in the metaphorical and figurative language of myth. If the stories are not meant to be read literally, what central truths do they convey?

After listing ten central truths conveyed by the Pentateuchal author on the nature of God, man and sin, WLC concludes, “Such truths do not depend upon reading the primaeval narratives literalistically.” END_OF_DOCUMENT_TOKEN_TO_BE_REPLACED

1) What criteria would a scientific-theological model of human origins need to fulfill before it can be accepted as scientifically plausible and hermeneutically consistent with divinely revealed scripture? END_OF_DOCUMENT_TOKEN_TO_BE_REPLACED It takes expert knowledge, courage and integrity for Prof. James Tour  to challenge the majority of the professors in the academic establishment who have chosen to exaggerate the ability of science to synthesize life in order to secure research grants, and the media which readily promotes sensational news which sell. Hmm, perhaps there is a deeper spiritual reason when highly intelligent people persist in promoting ‘scientific’ non-reality. Is it because it is abhorrent to them to consider the alternative – that the origin of life is none other than the Creator God? END_OF_DOCUMENT_TOKEN_TO_BE_REPLACED Such atheistic claims are not surprising since these scientists espouse a form of scientific naturalism or “scientism” – the view that all phenomena are fundamentally physical. Since all events (including the mental realm of human beings) are due to physical causes, scientific investigation must be restricted to what is physically observable and measurable. END_OF_DOCUMENT_TOKEN_TO_BE_REPLACED

A monkey in the zoo was heard asking the question, “Am I my keeper’s brother?” The theory of evolution answers the question with an unambiguous “YES!”Apes and humans share a common descent. Given below are several evolutionary interpretations of the relationship between humans (hominin) and apes (hominid) based on an unproven assumption – that any … END_OF_DOCUMENT_TOKEN_TO_BE_REPLACED 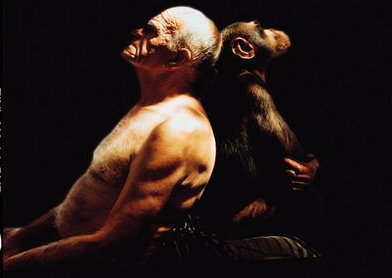 A monkey in the zoo was heard asking the question, “Am I my keeper’s brother?” The theory of evolution answers the question with an unambiguous “YES!”Apes and humans share a common descent.

Given below are several evolutionary interpretations of the relationship between humans (hominin) and apes (hominid) based on an unproven assumption – that any similarities found between them is due to a common ancestor. END_OF_DOCUMENT_TOKEN_TO_BE_REPLACED

Scot McKnight’s latest book which he co-authors with Dennis Venema promises to deliver a combination “left-hook, upper cut” knockout punch to demolish the traditional doctrine which teaches Adam and Eve to be historical figures. 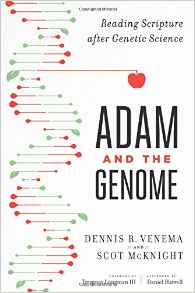 A new post in McKnight’s popular blog Jesus Creed, “Adam According to Jesus” offers several reasons to reject belief in Adam and Eve to be historical figures. While I disagree with Scot McKnight’s misreading of the Bible on grounds of theological hermeneutics, I admire his honesty in going public with his rejection of orthodoxy – unlike other scholars who portray themselves as ‘progressive’ evangelicals despite rejecting several central doctrines of the Bible. Perhaps, this only confirms my suspicion that many ‘progressive’ evangelicals are really closet liberals with no guts.

But readers may echo Mark Twain and rest assure that the report of the death of Adam has been greatly exaggerated. I refer readers to two accessible critiques of McKnight-Venema: END_OF_DOCUMENT_TOKEN_TO_BE_REPLACED