According to the Film Censorship Board of Malaysia, Walt Disney’s movie, Beauty and the Beast “has been approved…with a minor cut.” But it was the “most unkindest cut of all” for Disney.  So it decided that it will simply pull its latest movie from Malaysian distribution rather than allow the movie’s so-called “gay moment” to … END_OF_DOCUMENT_TOKEN_TO_BE_REPLACED

According to the Film Censorship Board of Malaysia, Walt Disney’s movie, Beauty and the Beast “has been approved…with a minor cut.” But it was the “most unkindest cut of all” for Disney.  So it decided that it will simply pull its latest movie from Malaysian distribution rather than allow the movie’s so-called “gay moment” to be censored.

Beauty and the Beast Postponed or Banned? 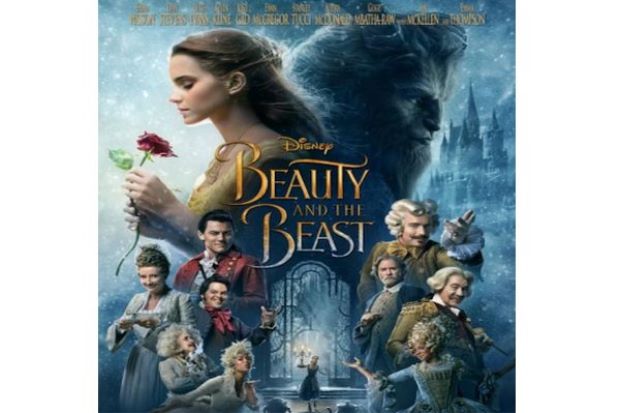 Hmm, one wonders: Is Disney saying that the “gay moment” is so essential to the movie that it must not be touched? This would only confirm the suspicion that Disney has a homosexual agenda. It would add satisfaction to the Malaysian Film Censorship Board that it has indeed got the cut right.

But if the “gay moment” is not essential to the movie, this would mean that Disney has become one of the most principled movie producers against censorship. After all, movie cuts and censorship is routine in Malaysia and many movie producers go ahead with screening of their movies despite suffering more severe wounds than what is described as a “minor cut.” Censors beware – Deal delicately with Disney!

I am in principle a minimalist when it comes to censorship. I am troubled by the track record of the Malaysian authorities which seems all too ready to curb free speech and intimidate artists who dare to critique society through the creative arts.  I would strongly disagree with the authorities if it has imposed a total ban on the movie. While it may be argued that the authorities need to ensure sensitivity to local cultural and moral sensitivity, nevertheless any ban and substantial censorship of movies or media must be the result of a consensus that is reached after consultation and careful deliberation with leaders representing the various religious and cultural communities in Malaysia. I assume that such bans and substantial censorship should be occasional rather than systematic.

I assume that Malaysian church leaders would share my wariness and caution about censorship of the media. Malaysian Christians are not so delicate as to feel their faith threatened by Hollywood even when they disagree with the morals that is disseminated by some of the movies. This does not mean that church leaders should remain passive as they are duty-bound to educate their church members on how to approach movie controversies. As such, the National Council of Churches Singapore (NCCS) must be congratulated for its courage when it released an advisory alerting pastors on how the homosexual content in the Disney’s remake of Beauty and the Beast is “an attempt to influence young children and socialise them at an early age into thinking that the homosexual lifestyle is normal.”

Not surprisingly, a number of netizens have taken offence and ridiculed the statement. They even accuse the NCCS of imposing its religious view on wider society. It is obvious that these critics have ignored fact the NCCS has every right to give an advisory or pastoral letter to its church members. On the other hand, the hostility displayed by the critics leads us to wonder whether the critics themselves are trying to impose their secular homosexual values onto the church.

Back home in Malaysia, there are some Christians have seized the occasion to criticize the church for adopting a censorious and intolerant attitude towards homosexuals. Admittedly, there are members from both the homosexual and heterosexual communities who take strong views in the sexual controversy. It cannot be denied that many homosexuals experience unwarrantable hostility in traditional societies like Malaysia. However, the situation is different for homosexuals in the West. Homosexual activists (whom I differentiate from homosexuals who simply want to get on quietly with their adopted lifestyle) receive strong support from the media and government agencies when they organize boycotts to intimidate traditional family businesses, and when they initiate vexatious lawsuits against Christian schools which uphold traditional sexual morality. Indeed, it is arguable that homosexual activists in the West are imposing their views on religious people who uphold the traditional heterosexual views

One incident which illustrates the scale of homosexual intolerance against Christianity happened recently in Australia when homosexual activists organized a campaign to boycott a Brewery for making beer cans to commemorate the 200th anniversary of the Australian Bible Society. [Re: How Beer and Bibles Killed the Marriage Equality Debate] The Brewery was punished simply for its one-off association with the Bible Society while “the Bible Society was attacked because it was simply a Christian organization suspected of holding Christian views on marriage.” This incident suggests that the homosexual activists are not interested in debating with people who disagree with them, and that they will not hesitate to mount a “take no prisoner” campaign when they are in a socially dominant position.

Michael Bird sounds off an ominous warning regarding the intent of the homosexual movement towards the church:

How Beer and Bibles Killed the Marriage Equality Debate
The message I’m hearing is that when it comes to marriage equality there is to be no debate, no dissent, only obedience…
Do marriage equality advocates want to win through the power of their convictions, by pricking the consciences of the electorate, and sharing the stories of LGBT people? Or do they want to win by threatening to intimidate and humiliate into submission anyone with a different view point? The campaigns against Coopers Brewery and the Bible Society suggest the latter.
For the 50-25% of Australians who believe in a traditional view of marriage, we have been warned!

Next Article: Claim that Homosexuals are “Born that Way” not Supported by Scientific Evidence

Homosexuality and Respect for Democratic Rights: YES, BUT – The Sociological Minimum