Theological studies can be hazardous as students are exposed to critical ideas that question the integrity of the Bible. Students who choose to study in secular universities are advised to fortify their understanding of faith since their faith will be challenged by some secular university professors. However, it can be alarming when students studying in … END_OF_DOCUMENT_TOKEN_TO_BE_REPLACED 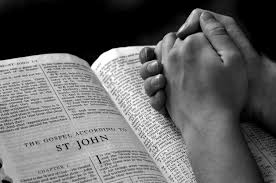 Theological studies can be hazardous as students are exposed to critical ideas that question the integrity of the Bible. Students who choose to study in secular universities are advised to fortify their understanding of faith since their faith will be challenged by some secular university professors. However, it can be alarming when students studying in Christian colleges find out that some of the lecturers who profess evangelicalism and talk about their church experience cast doubts about the total reliability of Scripture. In this case, it is not the secular professors but the ‘Christian’ professors who surreptitiously undermine the students’ belief in the inerrancy and infallible authority of the Bible.

Parents may be heartened when they listen to Kevin DeYoung as he shares in the Panel on Inerrancy: Q & A on how he managed to remain steadfast in believing in the authority of the Bible. What gave him pause and prevented him from being led astray by “paycheck inerrantist” (professors who sign the college doctrinal statement that affirms the infallible authority of Scripture in order to safeguard their jobs, but who in reality believe otherwise) was the faith inherited from his parents and the realization that what was taught in college deviates from the pristine faith learned through biblical-based pulpit preaching and that “this isn’t what my parents would believe.” (28 min)

If I may share something personal – When I went to seminary in 1984, I was determined never lose the “innocent but authentic faith” which I learned from inductive bible study and expository preaching in my Christian youth, regardless of all the sophisticated knowledge which I hoped to learn in due course. Whatever learning and theology I adopt must satisfy the criteria of preach-ability and pray-ability, as only such theology can build the faith of God’s people.

I also recommend my readers to watch the video on “Inerrancy: Did God Really Say…” featuring Mark Dever, John Piper, Al Mohler, Logon Duncan, Simon Gathercole and Peter Williams. It is pleasantly surprisingly to watch these prominent scholars agreeing that the faith learned from their “moms” was significant in helping them keep faith in the infallible authority of the Bible as they went through graduate theological studies in institutions where liberalism and hostile historical criticism reign supreme. (37 min)

Lastly, the panel discussions confirm that belief in inerrancy is not just an outdated theological construct. It remains fundamental to coherent preaching, authentic witness and integrated spirituality. The following quotes are worth pondering:

Peter Williams [Warden of Tyndale House, Cambridge UK]: I believe it [the Bible] is fully authoritative, inerrant, inspired by God. I think I’d want to add more words, I want to say: It’s basically clear, it’s sufficient, it’s historical. People can take a word like “inerrant” and try and leech it (by saying) – well, I agree with the notion that Scripture is entirely true, but then they try and weaken it in other ways and I think that’s happening particularly because a lot of people, at least in this country are signing an inerrancy statement for their paycheck (when that happens, there become pressure for them if they don’t really believe in that, which sometimes happens; they redefine inerrancy). There are many reasons to believe in inerrancy, but I think when you believe in verbal inspiration (i.e.) that God gave words and you believe in God’s trustworthiness, that He has a true character and you want to have a relationship with God, then it is inescapable logically to come to a view of Scriptural inerrancy. If you believe that God has given words, I don’t see how you can break that and say, Well, He gives words and they are sometimes full of errors”, without actually questioning God’s trustworthiness Himself. (8-11min)

Al Mohler – The problem [of paycheck-inerrantists] is how few of our [evangelical] confessional statements are clear on this in the first place. So one of our evangelical liabilities is that too much has been assumed under an article of Scripture without specifying language, with inerrancy being one of those necessary attributes of Scripture to be affirmed. You do find people today, some lamentably who are trying to claim that you can still use the word, while basically eviscerating it, emptying it of meaning. So you have historical denials…you can legitimately dehistoricize historical texts…One other thing that was very informative to me was listening to people preach and seeing the distinction in the midst of a huge controversy with people saying, “I believe in the inerrancy of Scripture” and other people saying, “I believe almost the same thing, I just think the words aren’t necessary, etc., etc.” When one got up and said, “This is the word of God”, read the text and preached the text and the other read the text and said, “Let’s find what’s good in here”. And they didn’t necessarily put it that way, but you could tell that is what they were doing homiletically. Here is an accountability to every word of the text. The text speaks because when the text speaks, God speaks. And on the other hand, people saying, “You know, there’s good stuff here, let’s go find it.” (27 and 38 min)

It is good for young students embarking on the dangerous journey of theological studies under “paycheck-inerrantist” professors to remember the assurance from the Apostle Paul, “I am reminded of your sincere faith, a faith that dwelt first in your grandmother Lois and your mother Eunice and now, I am sure, dwells in you as well. For this reason I remind you to fan into flame the gift of God, which is in you through the laying on of my hands, for God gave us a spirit not of fear but of power and love and self-control.” (2 Tim. 1:5-7)