Related Post: The Psychology of Atheism: From Gaze to Glory. Part 1/2 Excerpts from R.C. Sproul, If There’s a God, Why Are There Atheists: Why Atheists Believe in Unbelief (Wheaton, IL: Tyndale House, 1989), The Failure of the Atheistic Psychological Critique of Religion If these men – Freud, Feuerbach, Marx, and Nietzsche – we have … END_OF_DOCUMENT_TOKEN_TO_BE_REPLACED

Related Post: The Psychology of Atheism: From Gaze to Glory. Part 1/2 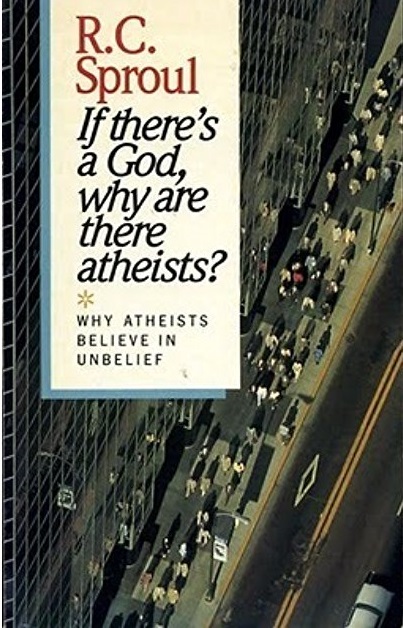 Excerpts from R.C. Sproul, If There’s a God, Why Are There Atheists: Why Atheists Believe in Unbelief (Wheaton, IL: Tyndale House, 1989),

The Failure of the Atheistic Psychological Critique of Religion
If these men – Freud, Feuerbach, Marx, and Nietzsche – we have some examples of great thinkers who have located the “whence” of religion in one aspect of man’s psychological makeup or the other. Fear of nature, wish-projection, relief from guilt and anxiety, fear of economic revolution, and fear of nothingness are all labels for various psychological states that make religion appealing. To be left alone and unprotected in a hostile or indifferent universe is a terrifying thought. The proverbial maxim “necessity is the mother of invention” is applied to religion as well as to myriad drugs or television sets. [p. 48]

It is also very important to note that what Freud and others offer are plausible alternate explanations to the origin of religion other than those offered by theists. It is one thing to demonstrate that man can fabricate religious experiences; it is another thing to demonstrate that he actually does so. It is one thing to argue that men can invent religion out of psychological necessity; it is another to argue that he does. The former involves questions of psychological and intellectual ability; the latter involves questions of history. When Freud spoke of origins, he was writing as a historian, not as a psychologist. We know his competence as a psychologist; his competence as a historian is certainly not so well attested.
[pp. 50-51]

“The Christian God has some ‘attractive’ features that might incline a person to embrace God as a narcotic to help him face the threatening character of life, but these are overwhelmingly outweighed by the trauma of encountering God. Though man may desire and create for himself a deity who meets his needs and provides him with innumerable benefits, he will not instinctively desire a God who is holy, omniscient, and sovereign.” [cf. preface]

In analysing human existence, Sartre rooted the uniqueness of man in his being a subject rather than an object. It is precisely at the point of man’s subjectivity that Sartre offered a unique critique of the existence of God. He introduced the notion of the “look” or the “gaze” that threatens the existence of men by seeking to reduce them to the level of objects.

Shame Consciousness and the Gaze of God
Perhaps no philosopher has provided a more convincing analysis of the dynamics of the experience of being “looked at” than Sartre. In Being and Nothingness Sartre devoted an entire section to the experience of “The Look.” In this section he used as his basic model the scenario of a man who looks through a keyhole at someone and is caught in his act of voyeurism by another.

But all of a sudden I hear footsteps in the hall. Someone is looking at me! What does this mean? It means that I am suddenly affected in my being and that essential modifications appear in my structure – modifications which I can apprehend and fix conceptually by means of the reflective cogito.

The experience of being beneath the gaze or the look of another includes elements of shame, fear, and, possibly, pride. Sartre devoted most of his attention to the experience that he called “shame-consciousness.” This shame does not take place in vacuum. Rather, shame is experienced in the presence of another. In this experience my subjectivity is reduced to objectivity as I become the object of the gaze or scrutiny of the other. I lose mastery of the situation and experience shame. Sartre says,

Similarly shame is only the original feeling of having my being outside, engaged in another being and as such without any defence, illuminated by the absolute light which emanates from a pure subject. Shame is the consciousness of being irremediably what I always was: “in suspense” – that is, in the mode of the “not yet” or of the “already-no-longer.” Pure shame is not a feeling of being this or that guilty object but in general of being an object; that is, of recognizing myself in this degraded, fixed, and dependent being which I am for the Other. Shame is the feeling of an original fall, not because of the fact I may have committed this or that particular fault but simply that I have “fallen” into the world in the midst of things and that I need the mediation of the Other in order to be what I am.

Thus, for Sartre, “shame-consciousness” is bound up with being in the presence of the Other. “Shame is a unitary apprehension with three dimensions: I am ashamed of myself before the Other.” Coming under the gaze of another is dangerous business, as my subjectivity is at stake, and my freedom from shame is threatened.

If Sartre found the experience of being subjected to the gaze of other people repugnant, how much more hellish did he regard the gaze of God? For Sartre, God implied not so much an “Unmoved Mover” as an “Unviewed Viewer.” That is, God is the ultimate Other who has the capacity of omniscience, whereby He keeps everyone beneath His gaze, while at the same time no one may gaze at Him. God is the cosmic voyeur who has no fear of being discovered at His celestial keyhole by another. Beneath God’s gaze we are all reduced to absolute objects and have our humanity destroyed. Thus, for Sartre, if man exists as a subject, God cannot exist. [pp. 103-106]

For Sartre, God represents a threat to authentic morality. If God is autonomous, then man cannot be. By rejecting the existence of God, Sartre claims that he makes room for real freedom and morality. He argues that the rejection of God makes morality possible. W. Luijpen, the Dutch catholic scholar, raises the question, “Perhaps it is Sartre’s morality that makes the rejection of God necessary.” [Pp. 136-137]

God’s Truth Shall Prevail Over Man’s Prejudice
The thesis of this book is in substantial agreement with Edwards’s analysis of man’s disposition toward God. The theme is that natural man suffers from prejudice. He operates within a framework of insufferable bias against the God of Christianity. The Christian God is utterly repugnant to him because He represents the threat of threats to man’s own desires and ambitions. The will of man is on a collision course with the will of God. Such a course leads inevitably to a conflict of interest.

There is no dispute with Freud, Nietzsche, and Marx on the issue of man’s ability to create a god according to his own psychological desire or need. This is precisely what biblical Christianity asserts is the case. There is no dispute that gods so created will reflect the desires of the human creators, as Feuerbach maintained. The dispute, of course, is located in the question of whether men would be naturally disposed to create the Christian God. Though it is freely acknowledged and granted that man would be pleased to receive the benefits that only God could give them, it is highly questionable whether men desire the God who makes those benefits possible. Men would apparently rather die in their sin than live forever in obedience. (In John Milton’s Paradise Lost, Satan states that it is “Better to reign in hell than serve in heaven.”). They would rather hide behind trees than face the penetrating gaze of God. They would prefer moral anarchy to the law of God.

The writer is grateful to the labor of Marx, Freud, Nietzsche, Sartre, and Feuerbach for their expose of the idols fabricated by men.

Does the question of the existence of God present problems that are ultimately intellectual or moral?

2 thoughts on “The Psychology of Atheism: From Gaze to Glory. Part 2/2”