Question posed by “Fractalist” at the previous post – A Scripture-Principled and Pastoral-Sensitive Church Response to Homosexual Activism: What do you think of the position of the American Psychological Association (APA) which states: “Homosexuality is not a mental disorder” and that “therapies that seek to reduce or eliminate same-gender sexual orientation are under extensive debate … END_OF_DOCUMENT_TOKEN_TO_BE_REPLACED 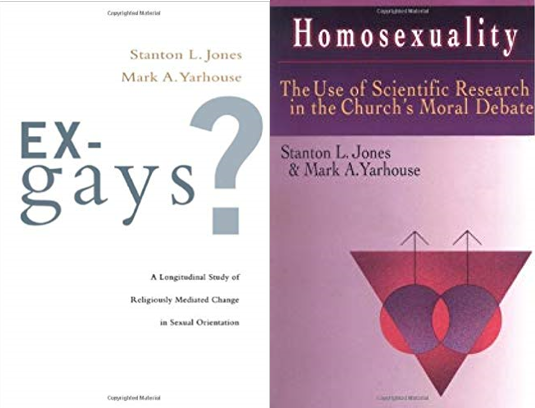 Question posed by “Fractalist” at the previous post – A Scripture-Principled and Pastoral-Sensitive Church Response to Homosexual Activism:
What do you think of the position of the American Psychological Association (APA) which states: “Homosexuality is not a mental disorder” and that “therapies that seek to reduce or eliminate same-gender sexual orientation are under extensive debate in the professional literature and the popular media (Davison, 1991; Haldeman, 1994; Wall Street Journal, 1997)”

Answer
Nowadays, no one would bat an eyelid if a great philosopher like Augustine or Aquinas were to share a gripping account of how the troubled soul can find peace with God. However, people would pay rapt attention to a psychologist who assures them that the self is totally good and is oriented towards growth and creativity, and that the purpose of life is to find one’s deepest self by following one’s “orientation” and forging one’s sexual identity in ways that counter all forms of authority represented by family, traditional social norms and religion. [See Paul Vitz, Psychology as Religion: The Cult of Self-Worship 2e (Eerdsman, 1994)]

Recently, the high priesthood of humanistic psychology, the American Psychological Association (APA), issued a new dogma that proclaims that homosexuality is natural and should be accepted, if not encouraged. This amounts to a reprise of ancient papal encyclicals. One of the sacred cows in the pantheon of social sciences has spoken. Whoever dares to question its sublime wisdom will be anathematized by its priestly order, the academia.

Despite APA’s demand for reverent compliance, we cannot help but note that its pronouncement is influenced more by ideology than by science. It ignores older research as rooted in homophobic bias. APA trivializes any criticism of its policy by resorting to ad hominem argument rather than by a careful assessment of the prevailing scientific evidence. In any case, the current political climate has skewed research since only professors who are sympathetic to homosexual ideology are able to get funding and publication opportunities.

However, the debate on homosexuality should remain an open question regardless of the ideological pronouncement of APA. After all, psychology is not an exact or hard science characterized by experiments that replicate or confirm the same results. [See Psychology’s Replication Crisis Is Running Out of Excuses]. Stanton Jones, who has been in the forefront of psychological research on homosexuality reminds us that, “The social sciences cannot settle the moral status of homosexuality.”[Stanton Jones, “Same-Sex Science”, in First Things, Feb. 2002]

Secular psychology asserts that homosexual acts are justified so long as the homosexual is following his “orientation”. In contrast, the Bible teaches that whether a person is blameworthy or not is decided on the basis of his or her moral choices or acts rather on the basis of alleged “orientation”. For example, a man is not judged because he experiences sexual temptations; he is judged on the basis of whether he chooses to commit adultery or to remain faithful. Indeed, “orientation” is not the final deciding factor in moral action. For example, even if I were a polygamist in my “orientation”, but so long as I am stay faithful as a monogamist by the grace of God and the love of my wife, I am not judged to be blameworthy. Hence, the Christian focus on the homosexuality controversy is on homosexual practices rather than on homosexual “orientation.”

A Simple Biblical Argument that Practising Homosexuals Can Change** – The Argument from Repentance
Definition: Repentance (μετανοέω; μετάνοια) entails a turning away from the old way of life to the new life of the kingdom of God. As one standard Greek lexicon elaborates:
μετανοέω; μετάνοια [metanoeō and metanoia] to change one’s way of life as the result of a complete change of thought and attitude with regard to sin and righteousness—‘to repent, to change one’s way, repentance.
Though in English a focal component of repent is the sorrow or contrition that a person experiences because of sin, the emphasis in μετανοέω and μετάνοια seems to be more specifically the total change, both in thought and behavior, with respect to how one should both think and act. Whether the focus is upon attitude or behavior varies somewhat in different contexts. Compare, for example, Lk 3:8, He 6:1, and Ac 26:20 [Louw, J. P., & Nida, E. A. (1996). Greek-English lexicon of the New Testament. 2ed. (UBS, 1996), Vol. 1, p. 509].

1) Paul expects his readers to change and turn away from the sins of their former life if they are to experience and enjoy God’s salvation.
“Or do you not know that the unrighteous will not inherit the kingdom of God? Do not be deceived: neither the sexually immoral, nor idolaters, nor adulterers, nor men who practice homosexuality, nor thieves, nor the greedy, nor drunkards, nor revilers, nor swindlers will inherit the kingdom of God. And such were some of you. But you were washed, you were sanctified, you were justified in the name of the Lord Jesus Christ and by the Spirit of our God.” (1 Cor.6:9-11. See also Rom.1-2)

Paul reminds the Corinthians that they were engaged in a variety of sins – sexual immorality, idolatry, adultery, homosexual practices, thievery, swindling and drunkenness. But by God’s grace they are now enjoying new life in the kingdom as they turned from their former way of life.

2) Paul’s command to his readers to change and turn away from the sins mentioned is valid only if change is a real possibility, albeit with help from the Holy Spirit. In other words, Paul’s call to change would be meaningless if there could be no real change for readers who are practising homosexuals.

3) CONCLUSION: Therefore according to Paul (Scripture), it is possible for practising homosexuals to change and turn away from their former sins.

The above argument from repentance is given in bare simplicity and without adornment of literary or philosophical sophistication. But the virtue of simplicity is clarity of argument.

Second, for Christianity, change from homosexual practices to heterosexual practices is not an impossible ideal, but an attainable possibility. However, it would be wrong to equate sexual wholeness in Christ to which all Christians are called with the conscious experience of sexual attraction and having sexual relations with the opposite sex. It this were true, Christians (including some homosexuals) who are called to live a life of chastity would be regarded as lacking wholeness. More importantly, while deliverance from sexual temptation (“orientation”) is significant & substantial, the deliverance is not complete in our life time. Complete deliverance from temptation may be the expectation of Christian Perfectionism, but not Reformed theology. Reformed theology teaches that believers  remain vulnerable to temptation in varying degrees, depending on their progress in sanctification.

Third, while Christians are assured and heartened by the assurance of final victory over temptation and sinful practices, nevertheless wisdom would require that they take cautionary measures to avoid putting themselves in situations of vulnerability and compromise. The recognition of vulnerability to sexual temptation and the call to moral vigilance is consistent with the biblical teaching of sanctification. As the Lord counsels, “Watch and pray that you may not enter into temptation. The spirit indeed is willing, but the flesh is weak.” (Matt. 26:41).

Finally, no Christian should struggle with temptation alone. Victory in sanctification and wholeness is premised on the support-community called church.