Robert Kane clears away several confusions that have led critics like libertarians and Arminians wrongly to reject compatibilism and Calvinistic on grounds that determinism negates freedom. 1. “Don’t confuse determinism with constraint, coercion, or compulsion.” Freedom is the opposite of constraint, coercion, and compulsion compatibilists insist; but it is not the opposite of determinism. … END_OF_DOCUMENT_TOKEN_TO_BE_REPLACED 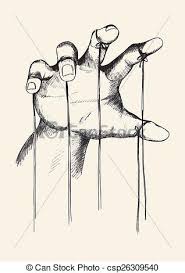 Robert Kane clears away several confusions that have led critics like libertarians and Arminians wrongly to reject compatibilism and Calvinistic on grounds that determinism negates freedom.

2. “Don’t confuse causation with constraint.” Compatibilists also insist that it is constraints, not mere causes of any kind, that undermine freedom. Constraints are causes, but they are causes of special kinds: impediments or hindrances to our doing what we want, such as being tied up or paralyzed. Not all causes are impediments to freedom in this sense. In fact, some causes, such as muscular strength or inner strength of will, actually enable us to do what we want. It is therefore a mistake to think that actions are unfree simply because they are caused. Whether actions are free or not depends on what kinds of causes they have: some causes enhance our freedom, while other causes (i.e., constraints) hinder our freedom….

Classical compatibilists follow Hume in saying that responsible actions cannot be uncaused; such actions must have the right kinds of causes – causes that come from inside our selves and express our characters and motives, rather than causes imposed upon us against our wills. It is a mistake to think that free will and determinism are not compatible because free actions should be uncaused. Free actions are unconstrained, not uncaused.

3. “Don’t confuse determinism with control by other agents.” […]

4. “Don’t confuse determinism with fatalism.” This is one of the most common confusions in free will debates. Fatalism is the view that whatever is going to happen, is going to happen, no matter what we do. Determinism alone does not imply such a consequence. What we decide and what we do would make a difference in how things turn out—often an enormous difference—even if determinism should be true…[John Stuart Mill notes]

“A fatalist believes . . . not only that whatever is about to happen will be the infallible result of causes that precede it [which is what determinists believe], but moreover that there is no use in struggling against it; that it will happen however we may strive to prevent it. . . . [Thus, fatalists believe that a man’s character is formed for him, and not by him; therefore his wishing it was formed differently is of no use; he has no power to alter it. This is a grand error. He has, to a certain extent, a power to alter his character. Its not being, in the ultimate resort, formed for him, is not inconsistent with its being, in part, formed by him as one of the immediate agents. His character is formed by his circumstances . . . but his own desire to mold it in a particular way is one of those circumstances, and by no means the least influential.”

Determinism, Mill [a classical compatibilist like Hume] is saying, does not imply that we have no influence on how things turn out, including the molding of our characters. We obviously do have such an influence, and determinism alone does not rule it out. Believing in fatalism, by contrast, can have fatal consequences. A sick man may excuse himself for not seeing a doctor saying: “If your time is up, it doesn’t matter what you do about it.” Or a soldier may use a familiar line for not taking precautions: “There’s a bullet out there with your name on it. When it comes, you will not be able to avoid it, no matter what you do.” Mill is saying that such fatalist claims do not follow merely from determinism. To think they do is a “grand error.”