Believers who insist on observing the dietary laws given by Moses in the Book of Leviticus recoil at the idea of eating pork since they regard the pig to be ritually unclean. Abstinence from pork becomes a paramount symbol of religious commitment as their strong and instinctive sense of revulsion is accepted as the “feeling … END_OF_DOCUMENT_TOKEN_TO_BE_REPLACED 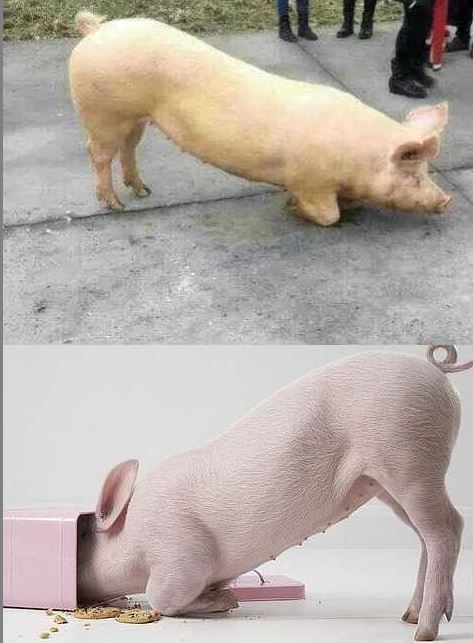 Believers who insist on observing the dietary laws given by Moses in the Book of Leviticus recoil at the idea of eating pork since they regard the pig to be ritually unclean. Abstinence from pork becomes a paramount symbol of religious commitment as their strong and instinctive sense of revulsion is accepted as the “feeling of rightness” that confirms a trustworthy “doctrine felt as fact.” Their friends may be bewildered as they wonder whether such an ancient scruple could serve as a benchmark of spirituality in modern society. However, it is advisable for these friends to approach this matter gingerly as their casual remarks could become a cause of offence.

But what if the set of scruples is based on a misunderstanding of Moses? This was the contention of the anonymous writer of the Epistle of Barnabas (70-135 AD). The author argued that the prohibition of consumption of pork actually rests on a misunderstanding, a failure to appreciate the deeper spiritual insight underlying the text. According to the Epistle, Moses was not talking legalistically, but spiritually:

1 Now when Moses said: “You shall not eat a pig, or an eagle, or a hawk, or a crow, nor any fish that has no scales,” he received, according to the correct understanding, three precepts. 2 Furthermore, he says to them in Deuteronomy: “I will set forth as a covenant to this people my righteous requirements.” Therefore it is not God’s commandment that they should not eat; rather Moses spoke spiritually. 3. Accordingly he mentioned the pig for this reason: you must not associate, he means, with such people, who are like pigs. That is, when they are well off, they forget the Lord, but when they are in need, they acknowledge the Lord, just as the pig ignores its owner when it is feeding, but when it is hungry, it starts to squeal and falls silent only after being fed again…9. Concerning food, then, Moses received three precepts to this effect and spoke in a spiritual sense, but because of their fleshy desires, people accepted them as though they referred to actual food. (Epist. Barnabas 10: 1-3, 9).

Obviously those believers who insist on abstaining from pork have missed the deeper spiritual counsel underlying the Mosaic prohibition, which is, that believers must not behave like pigs. The pigs cry to their master when in need, in expectation that more oinks would bring more blessings. Worse, they forget their master once they have received their blessings. In short, believers should not pray and behave like pigs.

My wise readers can judge for themselves both the appropriateness of abstinence from consumption of pork as an authentic benchmark for spirituality, and the plausibility of the argument from the Epistle of Barnabas.

Note: The Epistle of Barnabas is a polemical tract written by an anonymous writer against Judaism when there was antagonism between Church and Synagogue. The writer applies an allegorical interpretation of Scripture to demonstrate that Christians are the true and intended heirs of God’s covenant. The Greek Epistle of Barnabas should not be confused with the so-called Spanish/Italian Gospel of Barnabas (GB) which is pseudo-gospel written in 15C. See the sample pages given below: 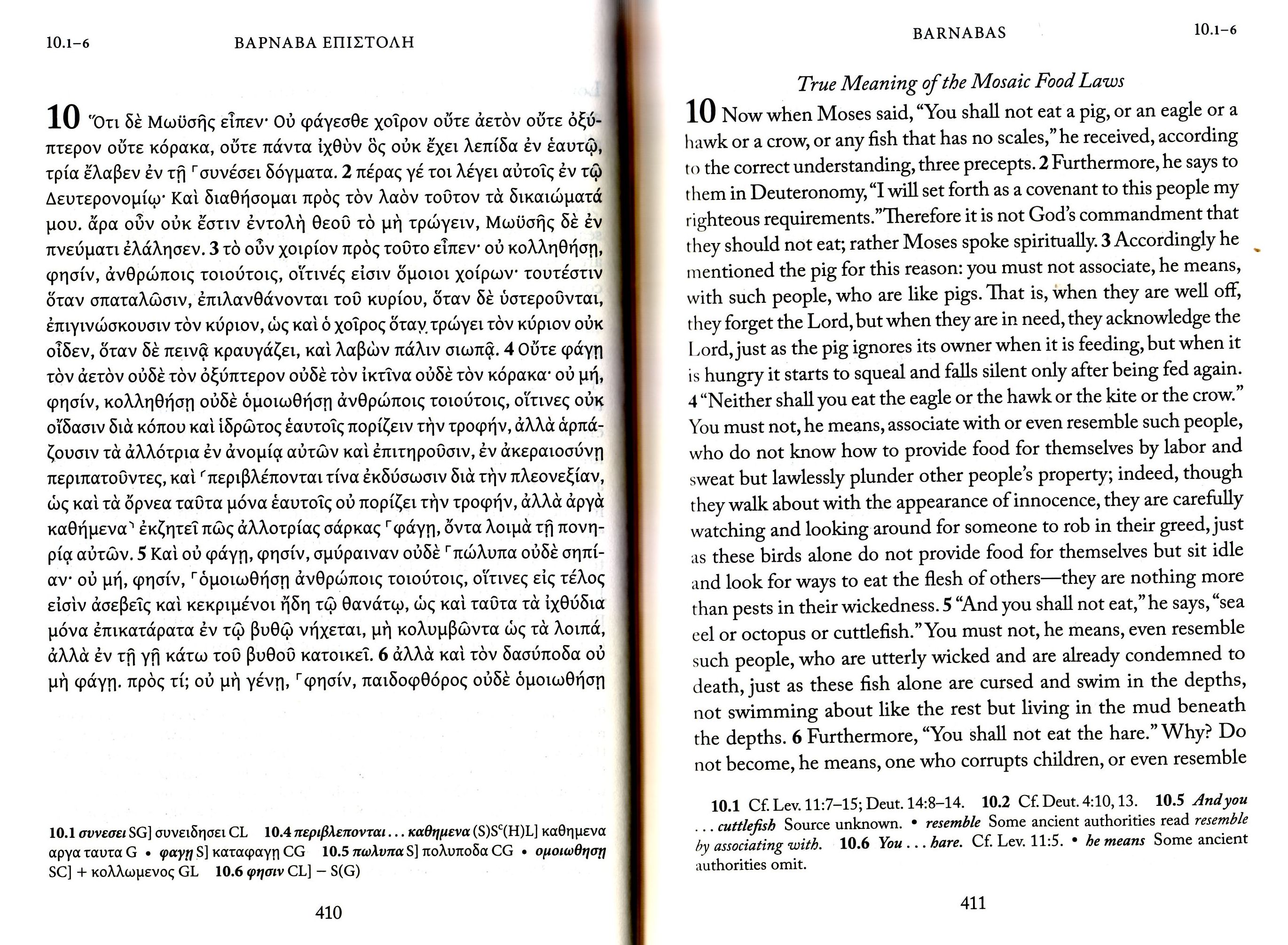 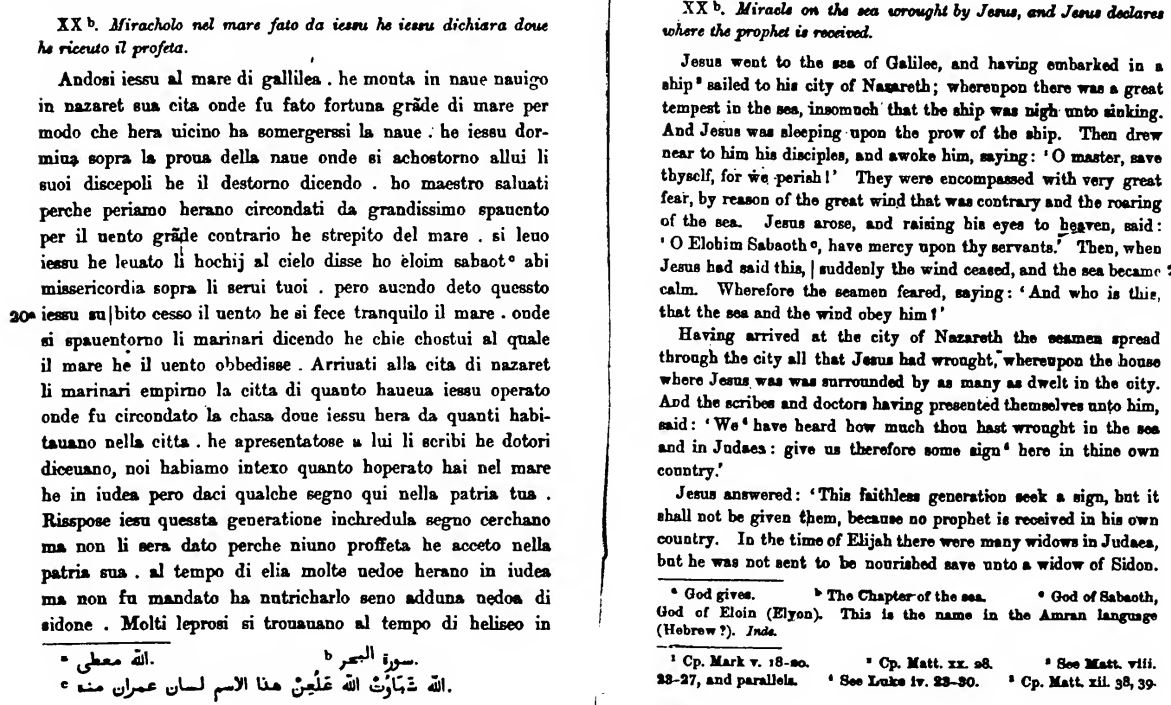 The Prayer of the Little Pig

Lord,
their politeness makes me laugh!
Yes, I grunt!
Grunt and snuffle!
I grunt because I grunt
and snuffle
because I cannot do anything else!
All the same, I am not going to thank them
for fattening me up to make bacon.
Why did You make me so tender?
What a fate!
Lord,
teach me how to say: Amen
Amen. [by Carmen Bernos de Gasztold] 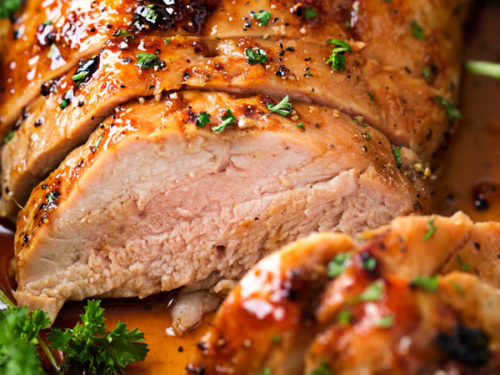 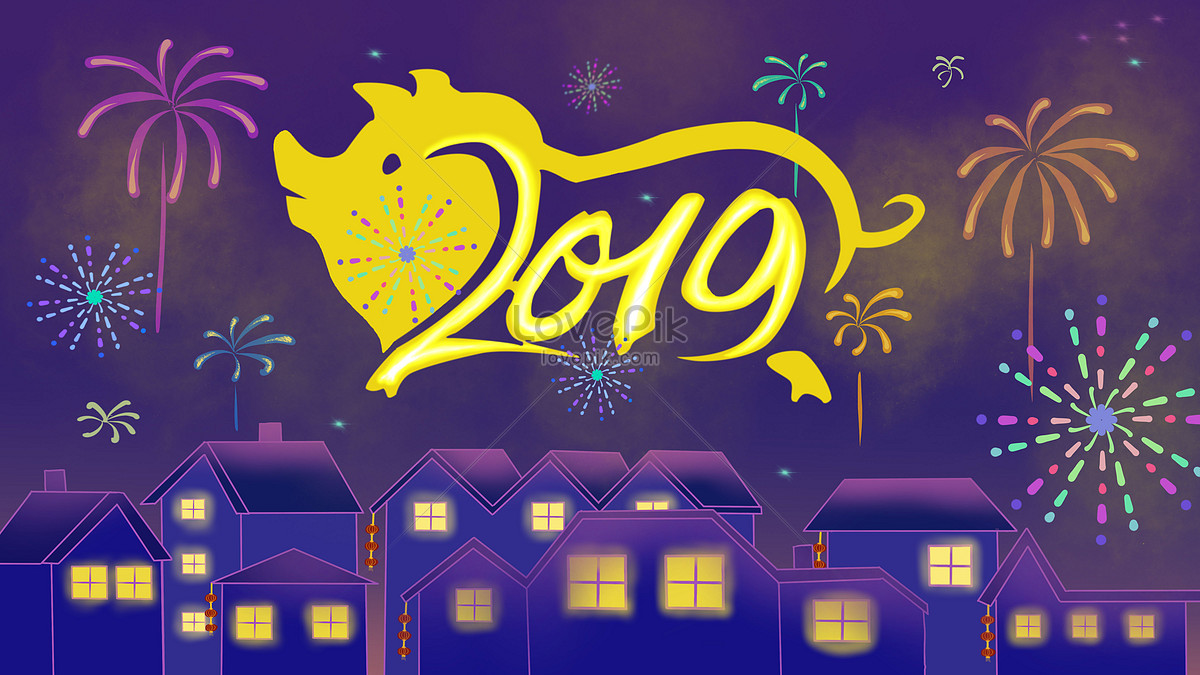 A Live Dog is Better than a Dead Lion? (Ecclesiastes 9: 4) – Enjoying Life between Misery and Mystery